When Is It OK To Break the Rules?

“I am free, no matter what rules surround me. If I find them tolerable, I tolerate them; if I find them too obnoxious, I break them.”
Robert Heinlein


The majority of educators I know tend to be rule followers by nature and there is certainly something to be said for establishing guidelines in our schools to ensure safety and optimize student and staff performance. There are other times, however, when we must serve as disruptors, recognizing that a rule we may have in place serves no legitimate purpose or is even counterproductive to what we are attempting to accomplish. Recently, I found myself reflecting on two such instances that are of a totally different nature but equally representative of rules gone awry. 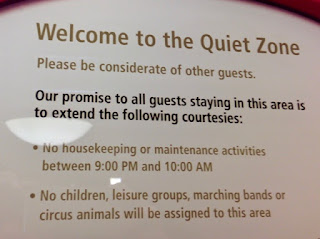 One instance related to school safety. At a school I visited this past year, I was walking down a busy hallway during a class change. As I turned a corner by a stairwell, a door opened suddenly and struck me. A student had come down the stairs and flung open the door, inadvertently striking me as I passed by. The school counselor, who also happened to be walking by, stopped to make sure I was OK and said, “This happens all the time. We have a sign on the door warning people to open the door carefully, but it doesn’t do much good.” In examining the area, the solution was rather obvious: keep the stairwell doors open or perhaps remove them entirely. I suggested as much to the counselor. She agreed that this was the logical thing to do and informed me that they had already tried to make that change only to be told it was against the safety code. School and local fire officials had designated the stairwell as some sort of safe haven in the event of an emergency which, for some reason, dictated that the doors remain closed. I raised the issue myself with these people and was rebuffed. I pointed out that students and staff members were getting hurt on a regular basis by following this rule. I also inquired as to whether any emergency had ever occurred in the fifty-plus years of the school’s existence which resulted in the stairwell being used as a safe haven. Not surprisingly, the answer was no, but the doors were to remain closed all the same, just in case. If not so maddening, it would have been humorous: in the name of “safety,” we followed a rule which made the school much less safe for the students and staff walking the halls of the school on a daily basis. 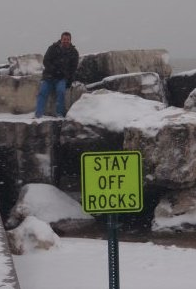 A much different--and possibly even more important--example has to do with grade acceleration. Although it may not be a formal “rule,” I have found that allowing a child to skip a grade or subject is generally frowned upon and rarely allowed. Every student we serve, it seems, must pass through every stage of the PreK-12 journey without skipping a step in the process regardless of their social, emotional, academic, and physical status. In over thirty years of public school service, I can count on one hand how many students I came in contact with who were allowed to skip a grade. In each instance, the recommendation to do so was initially met with stern opposition; yet also in each instance, the student who was allowed to skip a grade thrived once they were moved ahead. The argument for keeping a student in, say, second grade, when all indications are that the child would be better served by moving her into third grade are no more compelling than the argument for keeping stairwell doors closed even when it means that students and staff are regularly clonked on the head by an opening door. In fact, the argument pretty much boils down to: “But, that’s the way we have always done it.”

I am generally not opposed to rules. In our schools, especially, it makes perfect sense to have clear rules in place to ensure student safety and to maximize student and staff performance. Yet, there must be a purpose behind the rules we establish. And the purpose must be something larger than, “That’s just the way we have always done it.” If the “way we have always done it” is getting the results we desire, we should probably keep doing it. If, instead, “the way we have always done it” is harming people or holding them back from performing at their optimal level, we must heed the words of Heinlein and break such “obnoxious’ rules. What are some other rules we should break in our schools? I am interested in your thoughts. Knowing when to follow the rules and when to be a disruptor and break the rules are important ways we Teach, Learn, and Lead with Passion!