“Leadership is about empathy. It is about having the ability to relate to and connect with people for the purpose of inspiring and empowering their lives.”


Major League Baseball’s Opening Day is almost here and I am already beginning to worry whether my beloved Cubbies will win this year’s World Series in 4, 5, 6, or 7 games. I suppose as long as they win it all, it matters not whether they pull off a sweep or need the entire seven games. One reason the Cubs will win the World Series again this year (after magnanimously allowing the Astros and Red Sox to enjoy a brief moment in the sun the past two seasons) is the talent they will have on the field during the games. Another reason, however, is the clubhouse culture they have established. In my 2015 post suggesting Joe Maddon could be an awesome school principal, I wrote that a team’s culture is nearly as important a variable to their winning as is their talent. 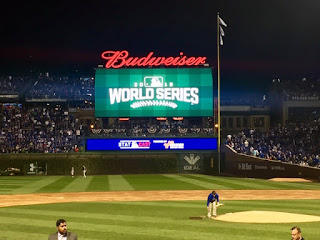 And the Chicago Cubs have clearly established a strong clubhouse culture.

One reason the Cubs’ clubhouse culture is so strong is due to the organization’s strong leadership, specifically manager Joe Maddon and President of Baseball Operations Theo Epstein. Their leadership sets the culture tone for the rest of the team. Serving together in Chicago since 2015, these two leaders have continuously worked to improve the talent on their roster as well as the atmosphere in the clubhouse. In reflecting on what it is that sets the Cubbies culture above most other teams, a few words come to mind, including:
These are all important attributes of any organizational culture, but I was reminded specifically of the impact empathy has upon Cubs' culture when reading a recent story in the Chicago Tribune highlighting how Epstein and Maddon endeavor to see the world through the lens of those whom they are leading.

“It’s incumbent on us not to just sit there and say, ‘Players have changed; they don’t get it, they don’t listen, they don’t care.’ or ‘We don’t understand them.’ We have to learn the lens from which they view the world and learn the best way of communicating with them because they’ve grown up with a totally different upbringing than we did and with devices that are omnipresent.”

All the above components of a strong baseball clubhouse culture are also foundational pillars of a strong school culture. In schools with positive cultures, all staff members are focused on results and continuous improvement. All staff members take their professional responsibilities seriously and work hard each day, yet they intentionally find the joy in the day-to-day routines of the school. All staff members sincerely care--about the students they serve, of course, but also about each other. All staff members recognize that everyone in the school is important and everything each person does at the school is important and they are masters at scheduling their priorities rather than prioritizing their schedules. As important as each of these culture builders is, however, the ability of all staff members to empathize with others in the school with whom they interact cannot be underestimated. Let’s revisit Epstein’s quote, making two small changes: replacing “players” with “students” and substituting “teaching” for “communicating with”:

“It’s incumbent on us not to just sit there and say, ‘Students have changed; they don’t get it, they don’t listen, they don’t care.’ or ‘We don’t understand them.’ We have to learn the lens from which they view the world and learn the best way of teaching them because they’ve grown up with a totally different upbringing than we did and with devices that are omnipresent.”

In some ways, students (and baseball players) today are not unlike students (and baseball players) 10, 20, or even 50 years ago. In other ways, they are altogether different. It is incumbent upon us to not only embrace what remains the same about our learners, but also embrace how they have changed over time. Each of us will always have our own lens through which we view the world, but we must also stand in the shoes of our students and picture the classroom, school, community, and world from their lens. Devices 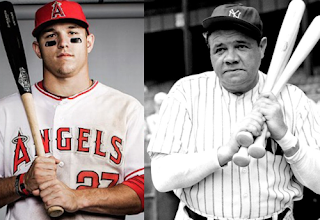 are omnipresent not only for baseball players but for students--including those as young as preschool. We can pine for “the good ol' days” from now until the cows come home--or until the White Sox win another World Series, perhaps--but those days:
1) Were not always so good and 2) Are gone forever.

Many things have stayed the same in baseball and in schools over the years. In the upcoming baseball season, players will hit home runs, pitchers will strike batters out, and runners will steal bases--much like they did when the National League was formed in 1876. In our schools this year, students have been reading, writing, and studying history--much like they have done in our country's schools since the colonial era. At the same time, both baseball and schools are dramatically different than they were at their inception, with many of these changes due to advances in technology. As the Cubs embark upon another World Series season, I am reminded how much their success is based on their culture, including embracing change and practicing empathy. These are pillars of school success as well. How we approach change can significantly impact how successful we will be as educators. Creating cultures in which such changes are embraced as opportunities and in which staff members learn the lens through which their students see the world while learning the best approaches for teaching them are more ways we Teach, Learn, and Lead with Passion!